Wednesday morning a fresh snow was waiting for us, and it just kept snowing like a crazy so after a short hike under the blizzard, we decided to return to the hut because of the “high?” avalanche danger. 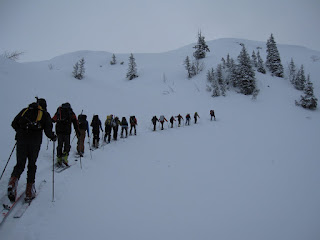 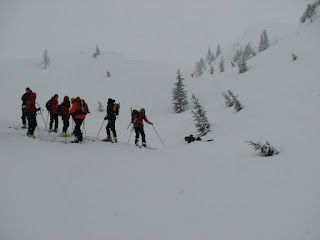 Before we arrived to the hut, Gogi showed us the Norwegian way of testing the stability of the snow cover, while in the afternoon we used bacons to learn about searching for victims buried in an avalanche always under the snow storm. We tested using the avalanche radios (with other words: avalanche beacon, pronounced "avalanche bacon") by burying one of them in the snow and then trying to find where it was, then searching for the buried person or objects with the avalanche probe. 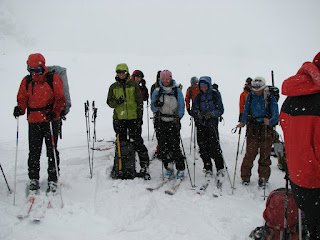 Since it snowed heavily Wednesday all day long it became obvious that we were not going to be able to do any ski hikes during the rest of the camp so we started thinking about alternatives ways to spend the hours in the hut. 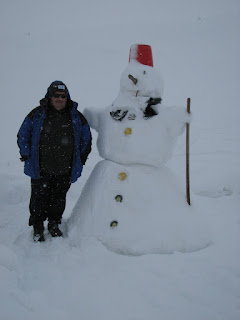 Some indoor activities were playing cards, reading or just sleeping…outside the hut there were also possibilities like jumping from the roofs, building tunnels or snowman construction. Thursday 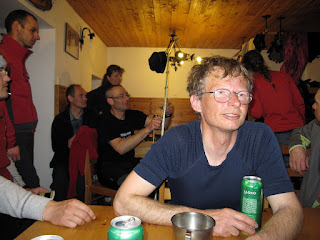 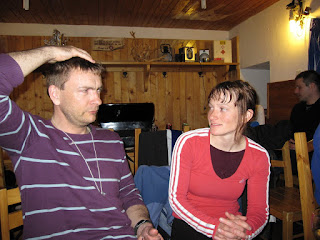 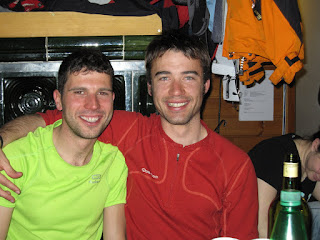