From Girona to Ljubljana:

Two months have already passed by since we received a call from the FEEC association telling us that we were the chosen candidates to go to Slovenia. Finally the expected Saturday 28th of February arrived; and our unforgettable week starts off! The plane towards Venice leaves at 4:10pm from Girona airport, and Furi (with whom I have only met once before) decides to meet up earlier during the morning in Girona, so we can visit the city. After a quick lunch, Davy drops us to the airport where Ryanair flight departs on time. We arrive at Treviso airport and afterwards to Mestre train station where we have to wait until 9.30pm to take a five-hour night train to Ljubljana. I will remember that three waiting hours as the worst part of the trip, due to the weird people with whom we shared the improvised room of the cold train station. 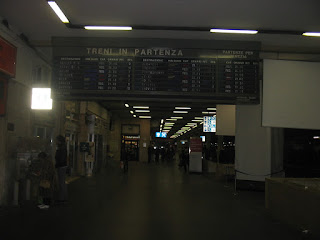 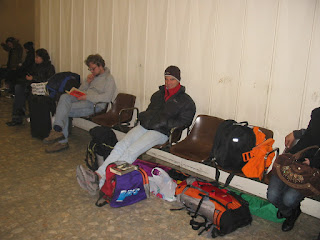 After a long time spent there, the Rumanian train arrived and we stepped in, with our entire luggage on. To our happy surprise the train was equipped with comfortable cabins where we could sleep for almost the whole way to Ljubljana, except during the several “passport controls” by the Slovenian police coming into the cabin pretty often. 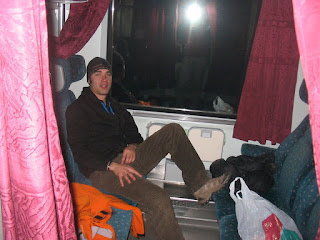 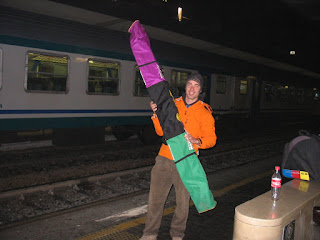 At 2.00am we reached Ljubljana train station and we started to look for some place to sleep over that night. We first thought about the only warm place opened at that time inside the building, but as it was quiet scaring because of the homeless people around, we thought about it twice and finally we could find a private room in some tourist-office near the rails, that luckily had the hall opened. Although it was not very comfortable, nobody disturbed us for the whole night, since we recieved Jure’s sms at 3.00am, assuring us that he would pick us up next morning at 8.30am, so we could sleep through as kids until 7.30am. 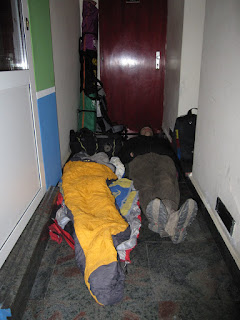