Tuesday we had slightly better weather conditions and our guides, Jure and Rok, decided to hike Bogatin (). Again, we woke up early, breakfast was ready at 7am and we started skiing at 8.00. 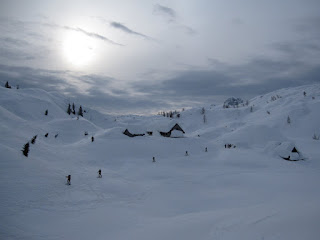 The hike also started with a 30 minute long valley filled with small hills followed by a short hike and a long traverse under the peak. At some moments of the hike, the sun was shinning and I was fascinated for the landscape and the mountains that despite being only 2000m high, were quite spectacular. 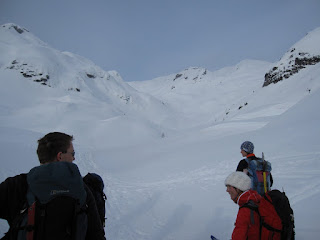 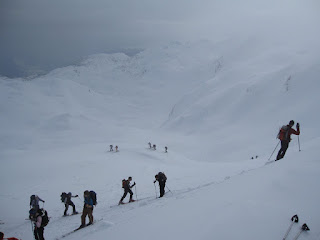 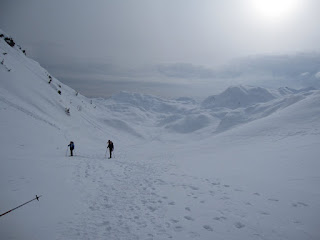 After traversing the slopes under Bogatin we quickly climbed up on the ridge where we mounted our skis on the backpack, put crampons and reached the top of Bogatin after a few minutes. On the summint, fog again and we couldn’t see nothing and it was a pity because the guides told us that from the peak, there were great views of Triglav. 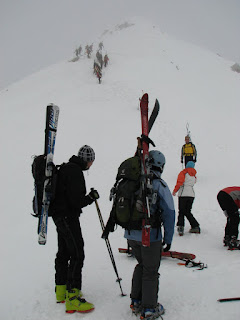 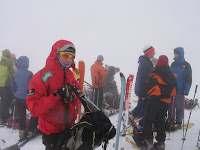 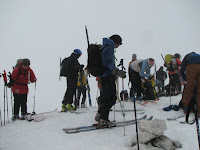 The descent was better than expected, first a steep slope on the other face of the peak until the crest were we put crampons before. Once there, we wanted to climb a peak on the south, which was a bit higher than Bogatin, and with an incredible downhill. We tried to convince Jure to do it, but it was a bit risky so we decided to descent. This one was also great, a wide and steep slope covered with hard snow perfect for skiing. 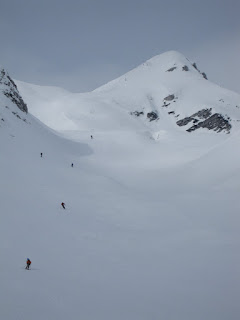 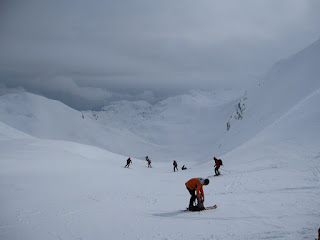 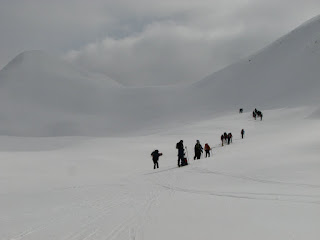 After lunch some of us following Roc, we found another hill to ski down from but that time, snow was too heavy. On our way to the hut a thick fog came again all over Komna and we could not see anything - we also got lost for a few minutes but Roc’s instinct, knowing the terrain by heart, allowed us to come back to the hut safe except some injured pride. 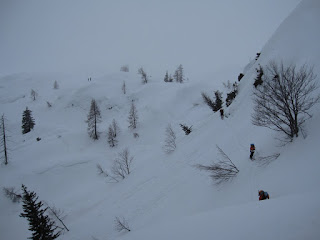 Being the weather forecast bad, we decided to party at night and we met two friends from : Lasko and . As Tom said, we would have wanted beers, but with Lasko and would be enough ;-). Wednesday 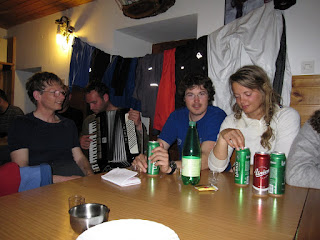